Now, I know that I said that the next outfit post would be outdoors…but it was cloudy and threatening rain this afternoon. Emphasis on “threatening.” It didn’t live up to its promise, but by the time I realized that it wasn’t going to rain, I was back in my jammies, ready to take a nap! *sighs* I’m working on it, y’all…I’m working on it. 🙂 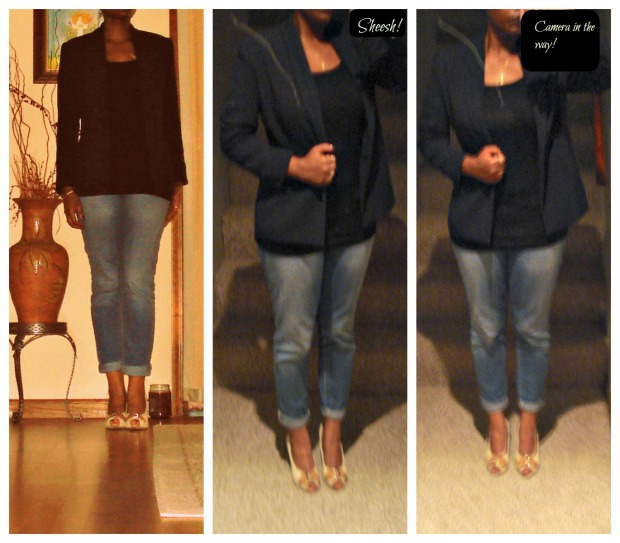 Blazer: Vintage (belonged to my Nana!)

Shoes: Gianni Bini (from a few years ago – Dillards)

High bun! That’s what happens when you don’t feel like doing your hair. 😉

I hope that everyone is having a great Memorial Day weekend! (((hugs)))

Apparently JCPenney is working overtime to get their customer base back. Between trying to be a little more on the stylish side (finally!), adding small scale Sephora stores within the store, and putting clothing on sale/clearance again, they are really trying to undo the colossal mess that they’ve been in for the last year or so. They’ve also taken a cue from Target when it comes to collaborating with designers and selling lower priced versions of their lines at JCP. Quite frankly, I’m not mad at them. Do what you have to do, and win new customers while you’re at it!

With that being said, I needed a few work clothes, so I broke my “try not to spend money” ban, and headed on out to the store. I believe everything was 20% off today – even on clearance items, which was a plus! Nothing spectacular here, and you know I don’t take the best photos of clothes (cannot get them to look right! I’ll take pictures again when I’m actually wearing them. lol!), but here they are anyway! 🙂 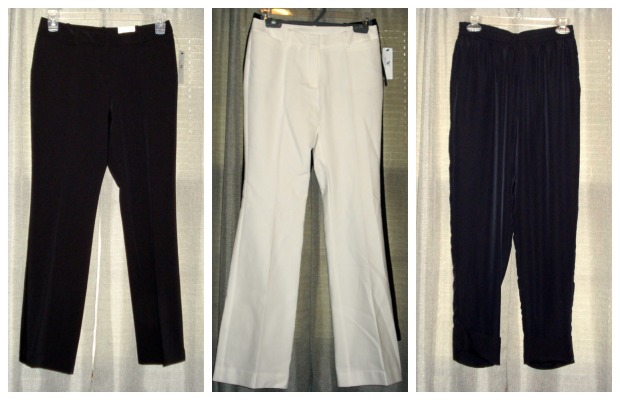 Apparently you can only get these deals in store, though, because I just checked the JCP website, and most of these items are still there at the regular price. I don’t know what’s up with that, but if you see something on the website that you like, you might want to check your local store first! Save. Money. 😉

I need to find a better spot to take outfit photos! Maybe I should take them outside? In all honesty, it would probably make these photos a lot better…but I’m still a little apprehensive about taking outdoor photos. If I had someone who could take them for me, it would probably ease the anxiety a bit, what with the setting up of the tripod, running around in front of/behind the camera, checking the shots, and doing it all with an old, remoteless camera while people passing by look at me like I’m crazy! I say that, knowing good and well that people are not looking at or watching other people nearly as much as we think they are! They have better things to do with their time, right? So no more excuses. The next outfit pic? Outdoors!

*breathes heavily into a paper bag*

Tea cups. Random? Absolutely! I was having a conversation not too long ago about needing to use the china in the cabinets instead of just keeping it all behind glass. Yes, all of the pieces are lovely to look at. They’re beautiful, elegant, and they deserve to be used.

I love looking at different types of tea cups and dishware, so I took a little “visual shopping” trip to a place that we all know and love, called…Pinterest. It’s always nice to look at what else is out there, and there were quite a few pieces that caught my eye. Just thought I’d share a few really quickly. 🙂

*all photos are from Pinterest.com 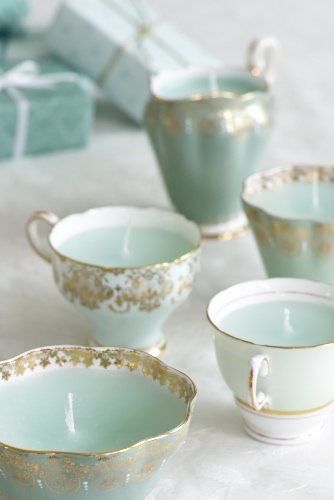 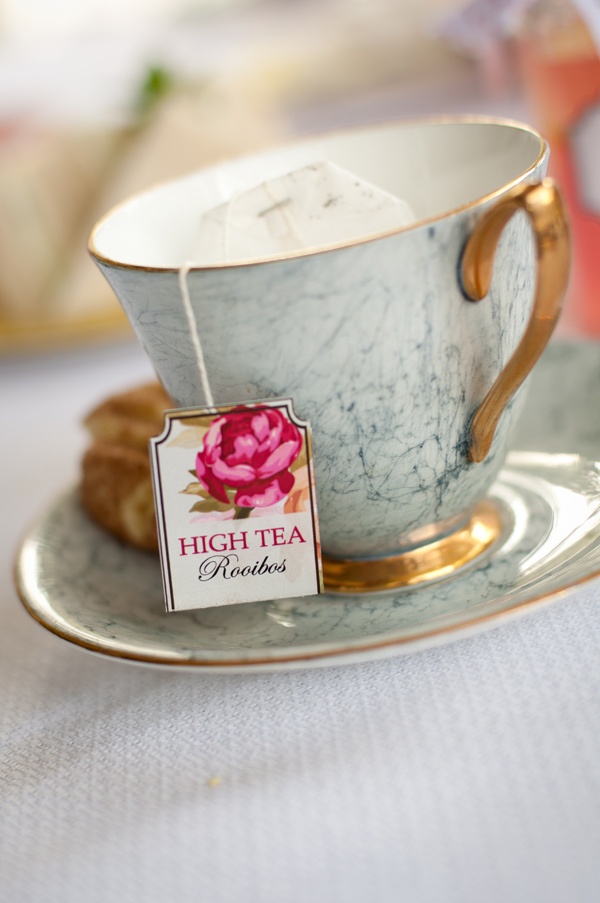 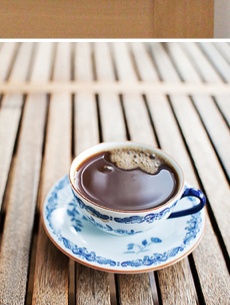 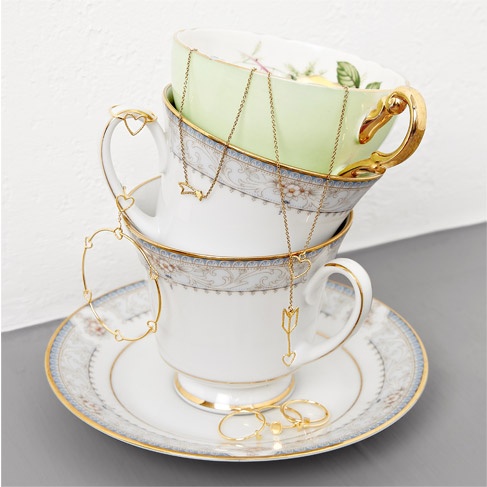 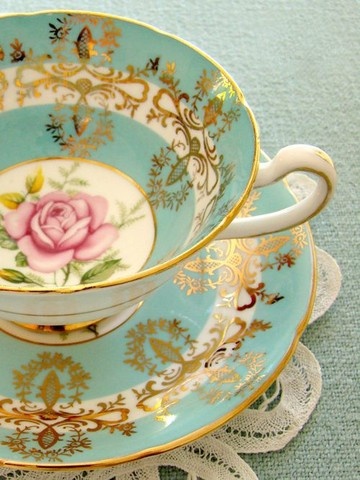 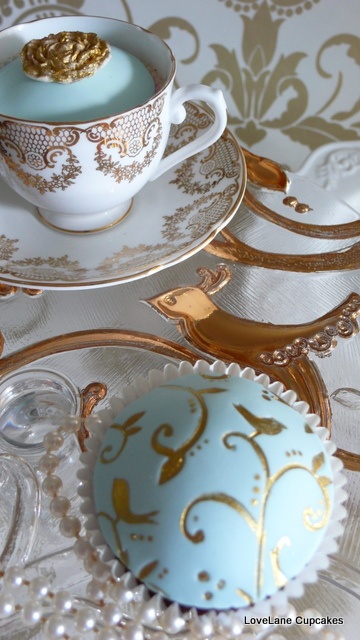 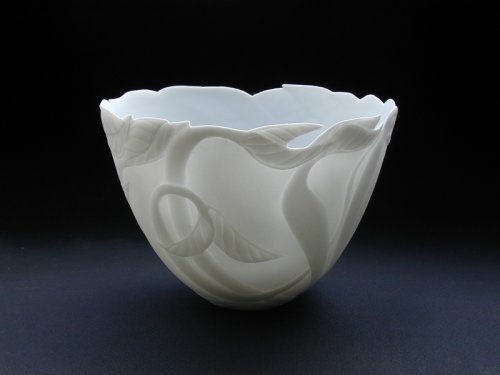 I received an email from Birchbox last month about a special box for May (in addition to the regular box) that would have several products from Salma Hayek’s Nuance line, asking if I would like to receive this box for free. *looks around* Of course I signed up for it, are you kidding? Products. Free. Salma Hayek. FREE! It’s never a guarantee that you’ll actually get the special boxes, but if you get an email asking if you want one, it’d probably be in your best interest to say yes! And I am so glad that I said yes to this box. I am really liking these products so far!

What’s in the box:

AM/PM Anti-Aging Super Cream – I am loving this one so far. It makes my skin so soft, and gives it a little bit of a glow! The main ingredients touted in this cream are something called Tepezcohuite, which is a Mexican tree extract that is rich in antioxidants, plus vitamins A & E, which are always good.

My Secret Super Moisturizing Body Cream – There was a full sized tube of this in the box, which was perfect! It’s made with shea butter, macadamia seed oil, and…honey. I love the scent – it’s light, it almost smells like tea, and you can smell the honey! This body cream is absolutely lovely.

Mamey Fruit Volumizing Shampoo & Conditioner – This actually works. I noticed more volume for sure, but I also noticed that my hair was not frizzy at all after blowdrying. Literally zero frizz. I didn’t really need to flat iron afterwards, that’s how smooth my hair was. I flat ironed anyway, but that’s because I have issues. Ha! This may be a keeper, at least during the summer months!

Lights, Camera, Action Eye Trio – I haven’t tried this one yet, but I plan to do so soon. The color shown is called Bronze Gold Shimmer. We’ll see how it goes!

Overall, I would have to say that I’m impressed, and I also love the fact that instead of going the Sephora/Ulta/Major Department Store route, she chose to have her products only sold at CVS, and at prices that everyone can afford. You don’t have to spend ridiculous amounts of money to look (and feel) good, and it’s great that she incorporated a lot of her grandmother’s beauty secrets and ingredients into her line. I love learning about “new” ingredients and the science behind them, and this has given me even more reasons to dig deeper into the Nuance line.

If you received this box, or if you’ve tried her products before, leave a note in the comments section – let me know what you think of them! 🙂